Oh... You're up late. Feel free to toggle nightmode if you need.

G'day, my name is Devin. Devin Mancuso. I'm an Aussie living in San Francisco., California. Occasionally, when my corporate overlords aren't watching, I post things on the internet. You can find me on Twitter and IG. or sign up for my newsletter. (I don't post to a schedule, just whenever I have something I want to say, usually some snarky commentary about the intersection of technology and society).

You can email me at devin@radelaide.net, feel free to say hi.

I am a . I’m passionate about working on projects that challenge existing power structures. and create a more equitable tech landscape for everyday people.

Lately I’ve been researching and working in the following areas:

The decentralized web and dApps. For example I also publish this site as a peer-to-peer website on dat://. Dat, built by Code for Science & Society, is a protocol to serve files and works on a distributed network unlike most centralized cloud services. This means Dat transfers files peer-to-peer, skipping centralized servers.

Peer-to-peer websites are just like any other websites, except instead of files being transported by HTTP, they are transported with a peer-to-peer protocol. The website files aren’t hosted on a centralized server, they can be hosted from any computer., even your own.

Before that I worked as a PM, a UX Lead, and a Design & Digital Strategy Consultant.

I've been lucky enough to work with some inspiring humans (you know who you are) on a whole heap of amazing projects.

I currently work as a Senior Design Strategist for Google's Platforms & Ecosystems group. My team is focused on ambitious new opportunities that could ship in the next 2-3 years and bring cohesion, innovation, and long-term strategy to products that serve over 2 billion active users across the world. We work with various teams across Google including: Android Auto, Android TV, Android Phones, Android Tablets, Pixel, Wear+Fit, Google Education, Chrome, ChromeOS, Play, and Photos.

I worked as a Senior Interation Designer and UX Lead for YouTube's VR/AR/MR/XR/?R team.

YouTubeVR is one of the most popular VR apps globally across all major VR platforms. My role as UX Lead involved a mix of both tactical design work on our products, future-focused media strategies and exploratory research projects. Lately I've been focusing on a of areas that fascinate me.

Such as designing feature enhancements for our YouTubeVR app, and ensuring UX consistency as we migrated the app across the various mainstream VR headsets. It's available on Daydream View, Gear VR, Lenovo Mirage, Oculus Rift, HTC Vive and Oculus Go and Quest.

Or leading projects that seek to improve how immersive media formats (360° & VR180) are integrated into YouTube's iOS and Android mobile platforms.

Most recently I've have been exploring the emergence of virtual-human creators on the YouTube platform, or VTubers as they are often referred to. In 2019 I conducted interviews across Japan, the UK and the US, meeting with some of the top VTubers in the world to better understand what they required from our video platform.

I was fortunate enough to be able to contribute to Android for both the Oreo and Pie releases. I led product design projects for the Android Launcher for AOSP (Android Operating System Platform) and also contributed to design strategy projects. focused on shaping the future of Android. 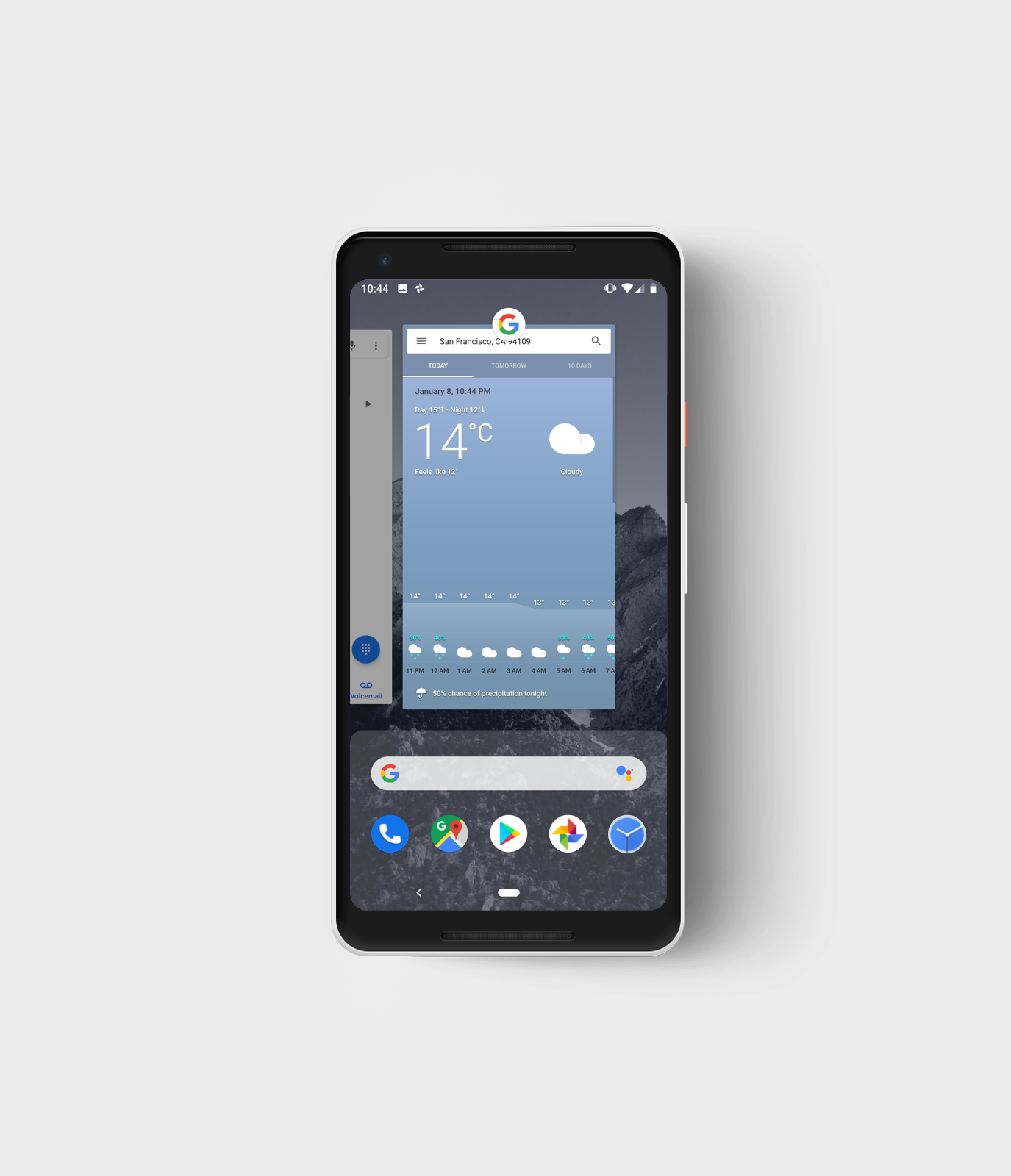 I worked on Pixel, the Google phone, during 2016-2017. As the Interaction Designer for the Pixel Launcher I led the product design of two core features of the Pixel 2., At-A-Glance widget and Pixel Launcher search integration. 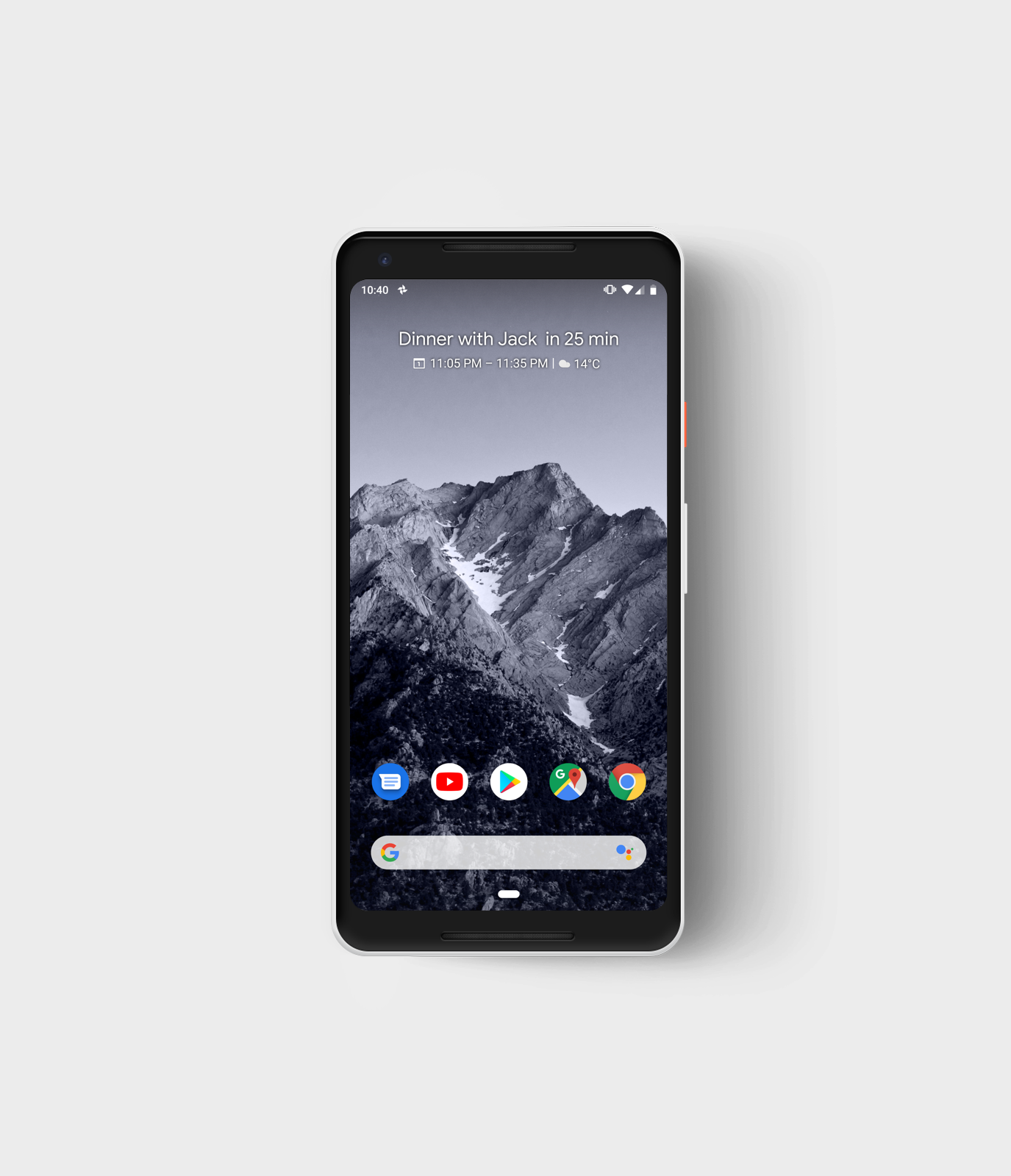 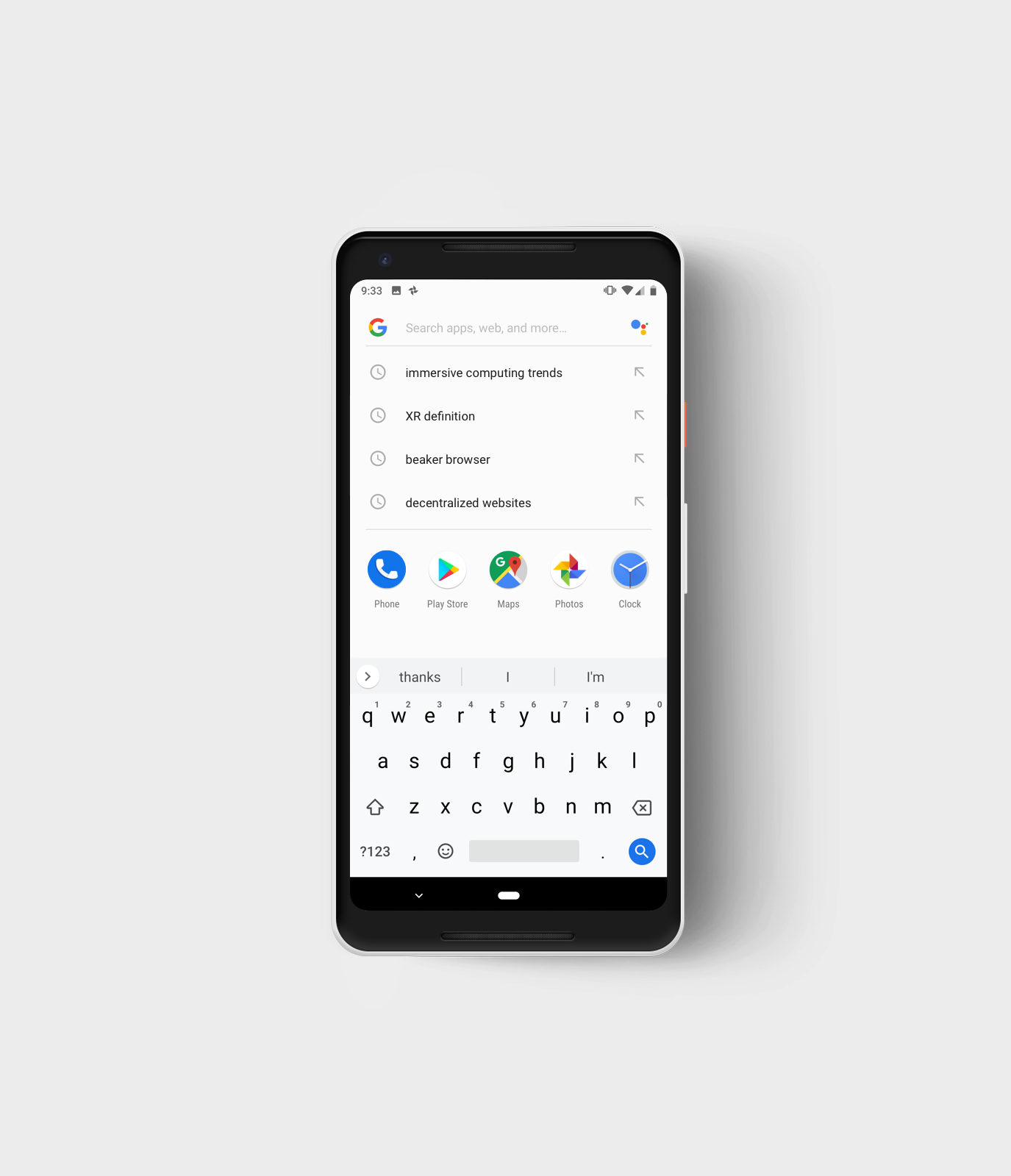 In 2015 I worked on the AdWords platform., a complex tool through which much of Google's multi billion dollar advertising revenue is generated., and easily one of the most challenging products at Google to design for.

Every design decision and concept is painstakingly reviewed. and questioned., often multiple times by senior stakeholders from across the company. Discipline and a willingness to commit to developing a deep level of product knowledge are essential to ensuring design has the opportunity to shine.

During my time in AdWords UX, I focused on data visualization and intelligent reporting., helping advertisers make better sense of their data., and leveraging machine intelligence to assist them in making smarter decisions about how they are using AdWords.